Power on People: to borrow a prime minister's famous words if not now when - of both side of atlantic the candidates and Euroleaders have pledged to get back to millennium goals

How would you write an invitation to your state's networks to get collaborating as if there will be no day after tomorrow, or a state that you believe could do more in connecting digital divides if its people united win-win-win

Here's a go at wake up California - not a state I have found even 1% as collaborative as it could be, but one where i will spend 72 hours anmating as many http://collaborationcafe.tv as I can

I thought you might be interested to know that on night of Nov 16 to end Nov 18 Melanie hosts The Global Summit http://www.theglobalsummit.org/ is taking place in san francisco. This is one of several events aimed at mapping how to raise collaboration potentials of people.

California's tech museum is celebrating Muhammad Yunus as internetworker for the poor Nov 10 - his ending of digital divides started in 1996 when he introduced mobiles into Bangladesh's microcredit networks - Grameen's 7 million female end poverty entrepreneurs. Grameen's microcredit dna was never just the safest worldwide banking system! It lent money so that the world's poorest women could create jobs and sustain their chidren and community; every 60 women had their own village space, and weekly sustainability review. These were separated until mobile telephone ladies came along. It was rather like introducing a telegram office in places that previously had no conatct with the outside world. The system inspired Obam'a mother to do likewise across Indonesia and womensworldbanking; it inspirred the clintons to set up microcredit banking in arkansaw; it beacme the number 1 action mission of Queen Sofia of spain . Not for nothing is Bangladesh proud to publish the handbook : The Great Advocacy of which leaders over the last 2 decades, where, have praised what aspects of MICROentrepreneur networking

Today http://www.grameensolutions.com is leading partnerships with mobile innovations - eg aimimg to bank a billon through mobiles with an Indian partner, and all of bangladeshi's microcredit networks (over 100000 facilitators) have helped since 1997 in the most human network process known to me http://microcreditsummit.org . This people's network has achieved more for progressing millennial goals than the rest of change worlds because it has both an open and a replicable franchise planted amontb the poorest of the poor. Soon LA pop group http://thegreenchildren.org will bring out the empower album with the theme song of ending digital divides - you can hear me now 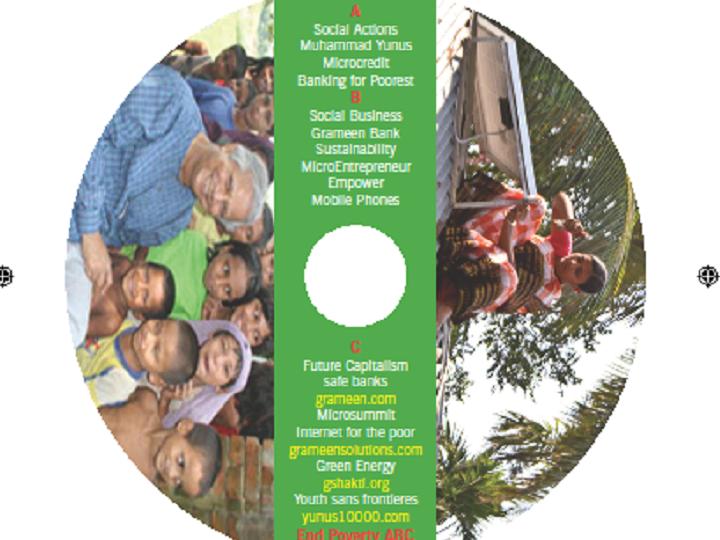 My friends and i are trying to connect 10000 youth in a good news dilaogue. We have 10000 free dvds for folks to host parties with. Each has 25 good news video conversation starters- many of them scoops that Bangladesh social business entrepreneurs have kindly made specially for this http://yunus10000.com - love to hear from anyone who like to host an event - this is just one project of a forum citizens around the world asked whether they could identify Dr Yunus name http://yunusforum.net http://muhammadyunus.org with when he became a nobel laureate in 2006. california was one of the first connectors of this intercity collaboration movement

When I met Dr Yunus in Dhaka in new year's week, I almost fell off my seet when he said : isnt it tim eto co-create 7 newtorking wonders - not just microcreditsummit, but // people's summit on health, energy and water, media, education, government, collaboration professions including making SMBAs more popular in every city than MBAs. There's a lot of open networking to do if we are to cross-culturally live up to this 68 year old's collaboration wish. we offer $500 to micropublish world citizen guides if any community has a proven goodwill practice they want to share worldwide 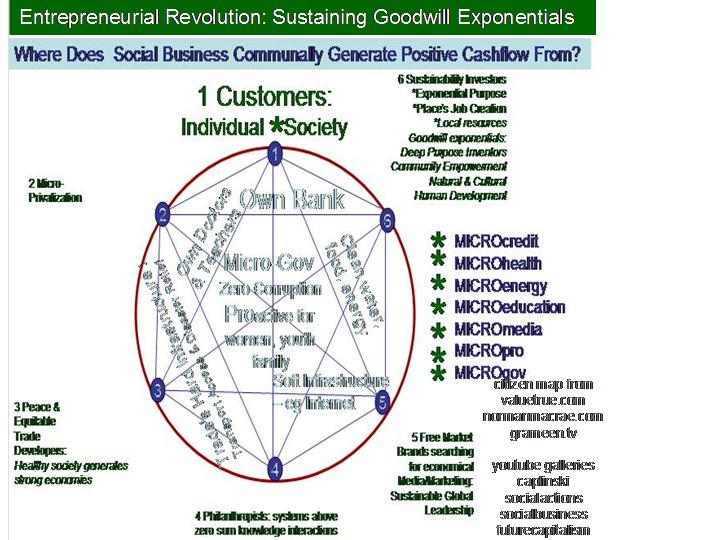 Soon californian educational revolutionary -and a star of www.ted.com -sir ken robinson brings out his new book on how we systemised schools the wrong way round since the start of empire; wrong way round that is if you believe in flow's measure of productive , free and happy economies from drucker's claremont team: what % of your life time is spent on experiential edge of your unique capability to make a difference

At individual level, my main networking cities after work in 30 countries are east coast USA, London and some european cities including paris and badcelona, and dhaka and delhi, and I hope Johannesburg. I will be in san francisco for the first time in a decade Nov16-18 ; love to eet anyone interested in collaboration particularly if you like some good news dvds! We try to collate news of where the opposite movement to wall street's global down crashes happens at our avowedly microeconomics and collabration (sustainability above zero sum) space http://futurecapitalism.ning.com/

I recall T group has some great practical idea to bring ecology to food and cross-cultural markets. Great to meet anyone. With new american leadership this could be the perfect time to show that superpower can be used to facitate human collaboration between each and all of us

http://collaborationcafe.tv
do tell me to log up what's the most unique collaboration your city can gift to the world

Replies to This Discussion